We are shining the light on a young man, who has been known to grind hard as a successful Comedian and Filmmaker. Calvin Howard has not only captured attention in the Southern region but even as far as the West Coast!

Calvin S. Howard or (Mr. Grind), as many of his fans know him by, has a stage name that truly speaks for itself. From a very young age, he has been doing just that…Grinding! Howard has been entertaining the social media world for over a decade. He started off doing live prank phone calls and innovating hilarious remakes of songs in Yahoo chat rooms. Calvin  later branched out from the chat rooms to the site, known as Myspace. There he went on to record his comedy videos for fans to listen and download. Through this grind, he found his talent in Video production and Comedy. This later turned into a long-term passion!

Howard worked hard to research and teach himself everything he knows about the entertainment industry, and has successfully executed these talents. He has been demanded in several states and countries just from his popularity on YouTube. This innovative Comedian and Video producer captivates his audience by finding new ways to put a twist on old school types of comedy, whether its creating side cracking skits or producing stand-up comedy shows.

Calvin found his artistry in Videography while shooting his own personal comedy productions (Mr. Grind’s Comedy) in the past and is currently expanding his talents into the field of cinematography. With over 10 years of video experience under his belt, he has become a well-seasoned cinematographer specializing in commercials, party events, music videos, short films and more.

So what led the young Comedian & Filmmaker into pursuing a career in comedy?

“I always knew I wanted to do comedy. When I was in junior high school, the teacher asked everybody what they wanted to be and I said a Comedian. One young lady in class was like, “A Comedian….you’re not even funny”, but after a while I started going to the blog chat rooms on Yahoo, AOL, etc. and started doing prank phone calls, and remaking songs by playing the instrumentals to make people laugh. Soon after, I started getting really popular in the chat rooms. People would request me to do prank phone calls and more. I was never really inspired by anyone to pursue comedy, but more so inspired by making people laugh”.

Howard has proven to be the example of hard work in the game, since making his popular appearance on the social media scene 10 years ago! He has maintained a successful social media following of over 200K subscribers on YouTube, and millions of viewers on all social media sites. He has traveled as far as Los Angeles, CA to help conduct the filming of trailers for clients for Love & Hip Hop as well as assisted on set for a host of Music Artists & Music Producers.

Repost of one of our productions we had the pleasure of working with @hazelebaby Ladies it's all about #Sisterhood. Don't forget to preorder your copy of Girl Code: Ethics As A Lifestyle before it's sold out! LINK IN BIO. Guys get your girl a copy and get a copy for yourself to read some of the secrets to what women really want. My book will be online and in stores everywhere books are sold on Tuesday, April 4, 2017. Because I l❤️ve y'all sooooo much you're all invited to my book signing at Barnes & Noble-The Grove @bneventsgrove at 7 PM PST on the day my book drops. I wanna see all my bosses in there! #Stardom100 @luvaltheaheart @torreihart @jessicarich @carolineburt @hollaceh @kelleykris_pr @shoedazzle @lovehiphopvh1 Team: @Mgimagesstudios @ike_Morgan @adebajere @mmorgan6 @girlcodeinc @tanishaddavis #HazelE 👸🏼

Calvin Howard known to many in the capital city of Montgomery, Alabama , has brought the city Comedy Shows, and teamed up with a multitude of comedians to bring laughter back into the communities. His comedy parodies have landed him exposure on popular sites such as World Star Hip Hop on numerous occasions, topping out with over a million views, and even capturing the attention of Celebrity Artists!

Howard has definitely lived up to his famous name “MrGrind” for his continuous hard work.

“I gave myself the name “Mr. Grind” because I’m a multi-talented person and I basically grind and hustle in many different ways. At one point I sold on eBay, sold merchandise and at the same time I was doing comedy, and videos. I found many different niches to make money. So that’s what I felt I was doing…just grinding, and of course it wasn’t no stripper name (laughing) in case people were wondering.” 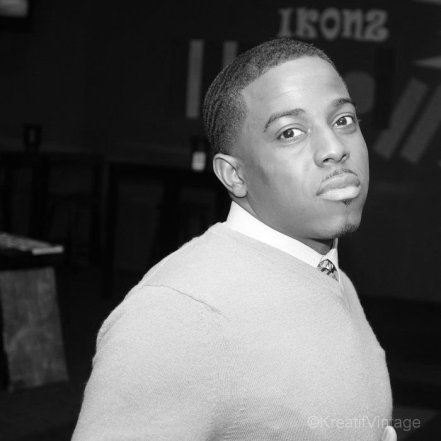 Calvin has the gift to naturally make people laugh. This is what fans adore about him the most and what will forever continue to mold & push his career forward into greater heights for the industry. Outside of filming he is busy interacting with his fans daily via social media and staying involved with what’s going on around them in the community.

Howard spoke briefly on some goals he plans to work towards in the upcoming year as well as his learning experiences over the years, stating:

“I plan to remain consistent with my comedy and work on having an organized show whether it’s via social media or on a network. I want to showcase a variety of entertainment around the world throughout my production.”

“My comedy has helped me grow in many ways because it has allowed me to experience many different types of people. You will have people that are really trying to help you out and you have some who are just trying to benefit from you. Through it all, you learn to appreciate the actual fan base that stays loyal to you and continues to watch you. They are the ones that really support you more so than the people that might be the closest to you.”

The young Filmmaker & Comedian is looking to team up with television networks to produce his own Reality TV series soon! He is one to keep your eyes on and you can definitely expect great things from him in the upcoming year!