“Black Card Revoked” is coming to BET in January 2018, hosted by Tony Rock!

BET Networks is bringing one of America’s hottest party games to colorful life with the announcement of the new game show series, Black Card Revoked. Based on the party game of the same name, the nostalgia-filled show will test players’ knowledge of the nuances of the African American perspective – from pop culture milestones and entertainment moments to historical facts and politics. Actor and comedian Tony Rock will host the series, bringing his signature quick-witted style to the game play and challenging the contestants. Production will kick off in Los Angeles later this month, and the twelve-episode series will premiere January, 2018 on BET.

Since its creation by Cards For All People in 2015, Black Card Revoked has set social media on fire and quickly become a fixture at home parties. Although the African American experience is far from monolithic, the game is a lighthearted nod to the shared commonalities of Black life in America.  If you know the answer to questions like “How many fights did the Fresh Prince get into before his mom got scared?”, your metaphorical ‘Black Card’ will stay intact (“1 little fight,” of course).  But if you’ve never seen The Color Purple or Friday, you might get your card snatched!

This should be fun!

As a witty celebration of African American life, Black Card Revoked will appeal to all lovers of Black culture, bringing together viewers from diverse walks of life for a fun night of laughter and spirited debate.  Each 30-minute episode will feature three (3) teams – each with a celebrity and contestant partner – answering questions about universal pop culture and historical moments, viewed through the African American lens.  The teams will square off and put their figurative ‘Black Cards’ on the line for a chance to win up to $10,000.

Follow the fun on social with the hashtag #BlackCardRevoked. 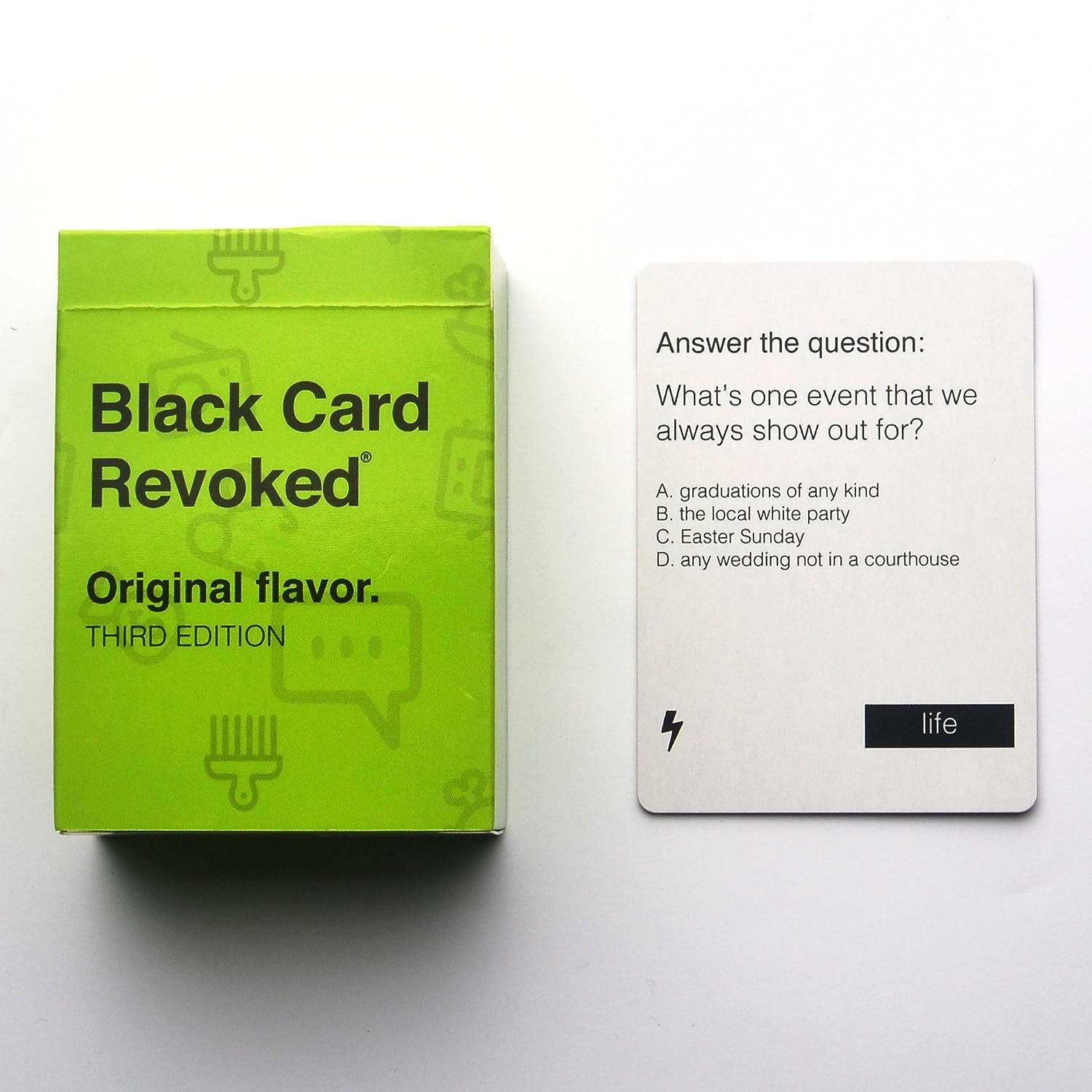