ESPN has been teasing us with a Michael Jordan documentary. During the fleet of NBA games on Christmas, we finally got a sneak peek of the documentary. The Last Dance teaser trailer dropped and it was a pleasant surprise. The trailer covers some of the fascinating internal dynamics between Jordan and teammates Scottie Pippen and Dennis Rodman. The Last Dance takes a detailed look at Jordan and his meteoric rise to fame throughout the 90s when he was playing for the Chicago Bulls. The documentary is being pushed back to some time in 2020, but whenever it comes out it is guaranteed to get tons of attention!

"The Last Dance," a 10-part series on Michael Jordan and the Chicago Bulls is coming to ESPN in 2020 pic.twitter.com/TUiV3CODnK 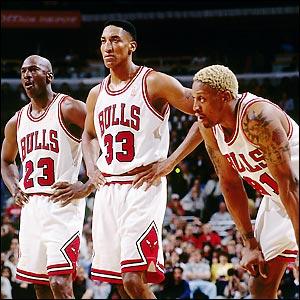 According to TMZ Sports, Harden and his foundation took 70 children on a shopping spree Monday at a Target in Pearland, Texas. It’s unclear how much Harden spent on the endeavor, although TMZ reported the children received gift cards with a “couple hundred” dollars on them.

The children and their families received “Merry Christmas” shirts from Harden and his foundation, which benefits those in need.

It’s an annual event the Harden family has hosted for the past seven years he’s been with the team.

Another year in the books! @jharden13 and his foundation “3TheHardenWay” partnered up with @target and @KarenCivil to take families out shopping for the annual “3TheHardenWay” Christmas shopping spree! Beard loves the kids! pic.twitter.com/p71wXfClOj

We should all practice giving back to those who are less fortunate through out the year!

Serena Williams pulled out of the French Open on Monday due to a chest muscle injury.

The disappointing news came just before she was set to play  Mariah Sharapova in the fourth round.

“It’s extremely disappointing,” Williams said during a news conference at Roland Garros. “But also, I made a promise to myself and to my coach and to my team that if I’m not at least 60 percent or 50 percent, then I probably shouldn’t play.”

Williams, who has won 23 Grand Slam singles titles, said she can’t hit serves because of a problem with her right pectoral muscle. Her voice trembled a bit as she explained that she will get an MRI and consult with doctors before figuring out what she will do next.

“The fact that I physically can’t serve at all is a good indication that maybe I should just go back to the drawing board and stay positive,” Williams said, “and try to get better and not get it to a point where it could be a lot worse.”

“It was really painful,” Williams said, “and I didn’t know what it was.”

Despite that, Williams played in a doubles loss alongside her sister Venus on Sunday and tried to limit the pain by taping up the muscle. But nothing was effective enough that Williams thought she could continue in Paris.

Her withdrawal allows Sharapova, a two-time French Open champion, to move into the quarterfinals.

Their match had shaped up as the most-anticipated of the women’s tournament, even though Williams has won 19 of 21 previous head-to-head encounters, including the past 18 in a row.

TAMPA, FL – It is known as the biggest scandal in NCAA football history! The Best Bet is the memoir of Jamall Anderson who reveals how his once rising career was cut short by gambling on games and even betting against his own teammates. This exclusive account is the first the world has heard of the roles that he and other teammates played in the biggest gambling scandal in the history of NCAA College Football.

Co-written by Tampa Bay Times columnist Ernest Hooper, The Best Bet details how Jamall’s decisions at Boston College set off a chain of events that put him in a downward spiral of confusion and manipulation and eventually caused him to miss out on his future in professional football.

In 2017, twenty years after the scandal broke, a video surfaced on TMZ Sports of Jamall and ex-teammates having an X-rated party in the dorms at Boston College in 1996. The video showed football players taking part in underaged drinking with High School recruits and several naked strippers. This video included an exclusive interview with Jamall on TMZ where he warned today’s athletes not to make the same mistake he made.

This video was released to support Jamall Anderson’s book, ‘The Best Bet‘. 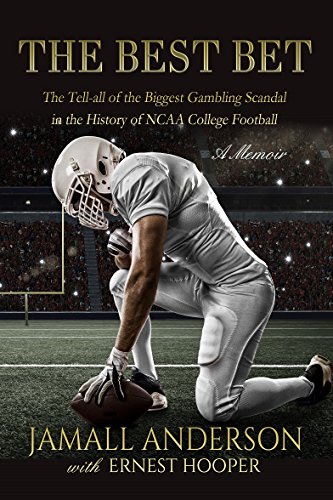 Another recent surprise is that the logo of the book is starting to be used to support Colin Kaepernick’s stance regarding the national anthem. The cover of The Best Bet was released in 2016 of a football player kneeling and some are using it to support their viewpoint about our country and the sport of football. Although Jamall finds the use of his logo flattering he does point out that Kaepernick’s use is for protest and his use of the logo is to represent prayer, which is how Jamall has coped with his situation.

Today, Jamall spends his days speaking to aspiring athletes warning of his cautionary tale and encourages them to heed the warnings of their parents and coaches. He’s goal is to seek retribution through contribution. He reveals his own failures and the seamy underside of college football that revolves around illegal wages, criminal mischief, and using prostitutes to help recruit high school athletes.

Jamall is currently working on his own merchandise line and the book has been re-released on Amazon! Click Here to order!

Keep up with Jamall Anderson on Social Media!

Take a look at the video that shook the web below!