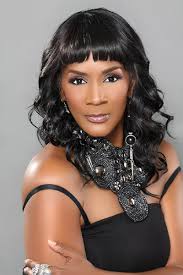 Momma Dee is putting her neck on the line for Trump!

“Love & Hip Hop” star Momma Dee is revealing her political views. The reality star stated that she didn’t vote in the last election, but she does agree with President Trump?!
The president of the United States doesn’t get much A-list support he was even canceled by Kanye West, but he does have a strong base among reality stars, so it seems. POTUS, who appointed Omarosa to his staff, can count one of the stars of Love & Hip Hop among his fans. The reality star voiced her unpopular opinion on a radio show this week.

The L&HH Atlanta diva paid a visit to celebrity publicist Domenick Nati’s iHeartRadio show recently, and the topic came around to The Donald. First, Dee admitted she didn’t vote: “I’m gonna be frankly honest… I did not vote and I am glad I didn’t. Wanna know why? It wouldn’t have counted anyway,” she said. “We should have an election of just ‘electoral’ votes and let the United States vote… If you were going to have a vote based off of electoral votes, why would you have all of these folks get up in the morning and take their lunch breaks, get in long lines, vote early? None of it counted!”

Let’s admit that not all of Momma Dee’s beliefs are ludicrous, she does have a couple of points. The voting thing has been debated for decades, and she’s not all the way wrong for choosing not to vote. We all know how the voting process goes.However, expecting the Mexican government to pay for the construction of a wall because American’s want it is crazy.

Firstly, if you’re going to build a wall, build one everywhere.  It’s funny how some people always point down to Mexico but never point up to Canada. It might be true that the immigration problem isn’t as severe with the Canadians, but Canadians still frequently come into the country and similar to Mexicans, a lot of them stay.
Secondly, if some Americans think that they can just leave the Mexican government with the tab for a wall, they are sadly mistaken. Everything that Mexico exports to America could easily be taxed if they decided to go forth with this madness!

Watch the full interview, below: 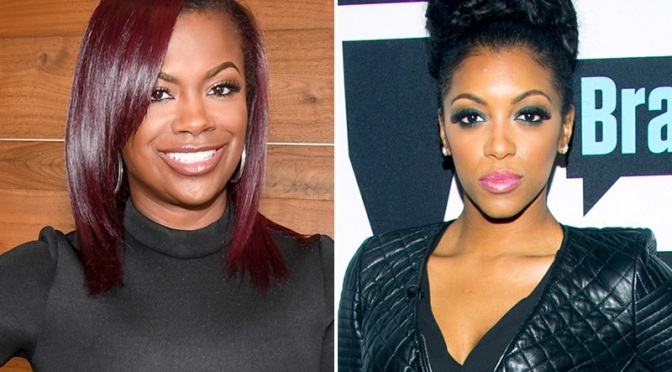 Kandi Burruss revealed that she once hooked up with Porsha Williams as sex secrets surfaced during Sunday’s episode of The Real Housewives of Atlanta.

Porsha had made Kandi mad by spreading gossip that she was a secret lesbian trapped in the closet! Kandi however happily admitted it ‘ain’t no secret’ that she has ‘hooked up with a chick before’ and insisted that her ‘accuser’ Porsha Williams was one of them!

The gossiping about Kandi’s love life sparked a huge fight among the women on a camping trip during last week’s episode of the Bravo show.

Kandi later revealed the real reason for her own outrage by insisting that Porsha once came on at her in a late night club, allowing Kandi’s husband Todd Tucker to also get involved.

‘I’ve had my own experience with her,’ Kandi told her shocked friends, with Todd saying he ‘was there’ while making hand gestures suggesting he grabbed her breasts.

Saying they were in an ‘after-hours spot,’ Kandi explained: ‘She was in front of me, he was behind me. She kissed me — there was tongue.’

‘And then she told me she wanted to eat my p***y until I came,’ Kandi revealed.

As her friends screamed in shock, one asked ‘Who says that?’ to which Kandi insisted: ‘A person who is not new to being with another woman! A regular chick who’s just tried it one time just wouldn’t say something like that.’

Calling it ‘a fun night,’ she insisted their ‘shared secret’ made it all the more galling that Porsha would gossip about her behind her back.

‘It’s like, she and I have shared a secret that nobody else knew… but you only wanna tell one part of the secret here,’ she complained later in an on-camera confessional.

‘Child, there ain’t nothing about me in the closet, honey.’

They later had lunch to air out their grievances, with Kandi telling Porsha: ‘At the end of the day, it ain’t no secret. I’ve hooked up with a chick before.

‘It ain’t never been a secret. I don’t live my life like that. You do. In secret,’ Kandi told her.

When Kandi said that Porsha had  been with chicks before,’ Porsha insisted it was different.

‘If I’m single and that’s what I choose to do that’s one thing, but if I’m married and I choose to bring other women and flip-flop them in my bed like pancakes, that’s something totally different,’ she said.

‘Let’s be clear. My husband and I, we’ve only had one experience where we’ve done that — that is the f***ing truth,’ Kandi insisted.

‘If I’m with my husband and we decide to hook up then that’s fine.’

She then repeated her claim about her night with Porsha, telling her: ‘That’s just like when you were kissing me in the club and told me you wanted to eat my p***y until I came.’

As Porsha looked disgusted, telling her in front of bemused fellow diners that ‘I don’t want to eat your motherf***ing p***y!’ Kandi again insisted: ‘You tongue kissed me in my mouth and told me you wanted to eat me till I came.’

Calling it ‘a lie,’ Porsha’s claims then grew even more bizarre.

She insisted that Kandi had a sex dungeon in her house, had a secret seven-year serious relationship with a woman, and slept with ‘all these R&B groups.’

She also insisted Todd was cheating on her with multiple women in different states while traveling, even telling her he used the alias Marvin to hide his identity.

‘Your house is the international house of hoes and you know it,’ Porsha told her outraged former friend, who finally stormed out from the barrage of name calling and slurs.

‘If I had a sex dungeon I would tell everybody because I think it is actually cool,’ Kandi insisted later during a confessional.

What do you all think about this issue between the two?