The hottest series on television these past three days was the ‘New Edition Biopic!

There’s no other group in modern black music history as deserving of a biopic as New Edition, as their musical reign spanned over 3 decades.

All of the members of New Edition (Bobby Brown, Michael Bivins, Ralph Tresvant, Ricky Bell and Ronnie DeVoe, as well as Johnny Gill, who joined the group after Bobby was voted out) signed on as co-producers.

That one fact gives insight as to why the biopic was so authentic and had such impressive detail, particularly in regards to wardrobe and production design.

From the very start of the series, we learn the struggle that these young boys encountered on their road to fame. What surprised many of us was the fact that they had to go through so much with bad record deals before they were able to eventually move out of the projects!

Talk about a long and rough journey.

The most difficult part of the group’s journey occurred when they had to vote Bobby Brown from the group! We all can admit that Bobby was a tough cookie to deal with as he grew into his teenage years. BET did an amazing job with allowing the members to display the true hurt behind having to do that. They grew up together and were really tough about keeping the group together despite Bobby and his habits getting out of control. Bobby Brown has always been ‘Bobby Brown’. The ‘bad boy’ of New Edition has always had a wild side and even sold drugs during his early days in the group. 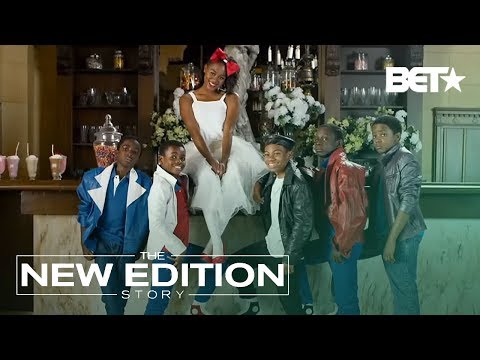 It’s revealed in the movie that after an arrest in L.A. where Bobby was driving a corvette without a license, he had over $6,000 in cash on him! Despite being banished from the group, Bobby Brown ends up with a solo deal from MCA because he was still under contract.

But hey it’s his Prerogative right so Don’t be Cruel!

After watching this movie, we could understand some meanings behind his music that was produced after being booted out the group. 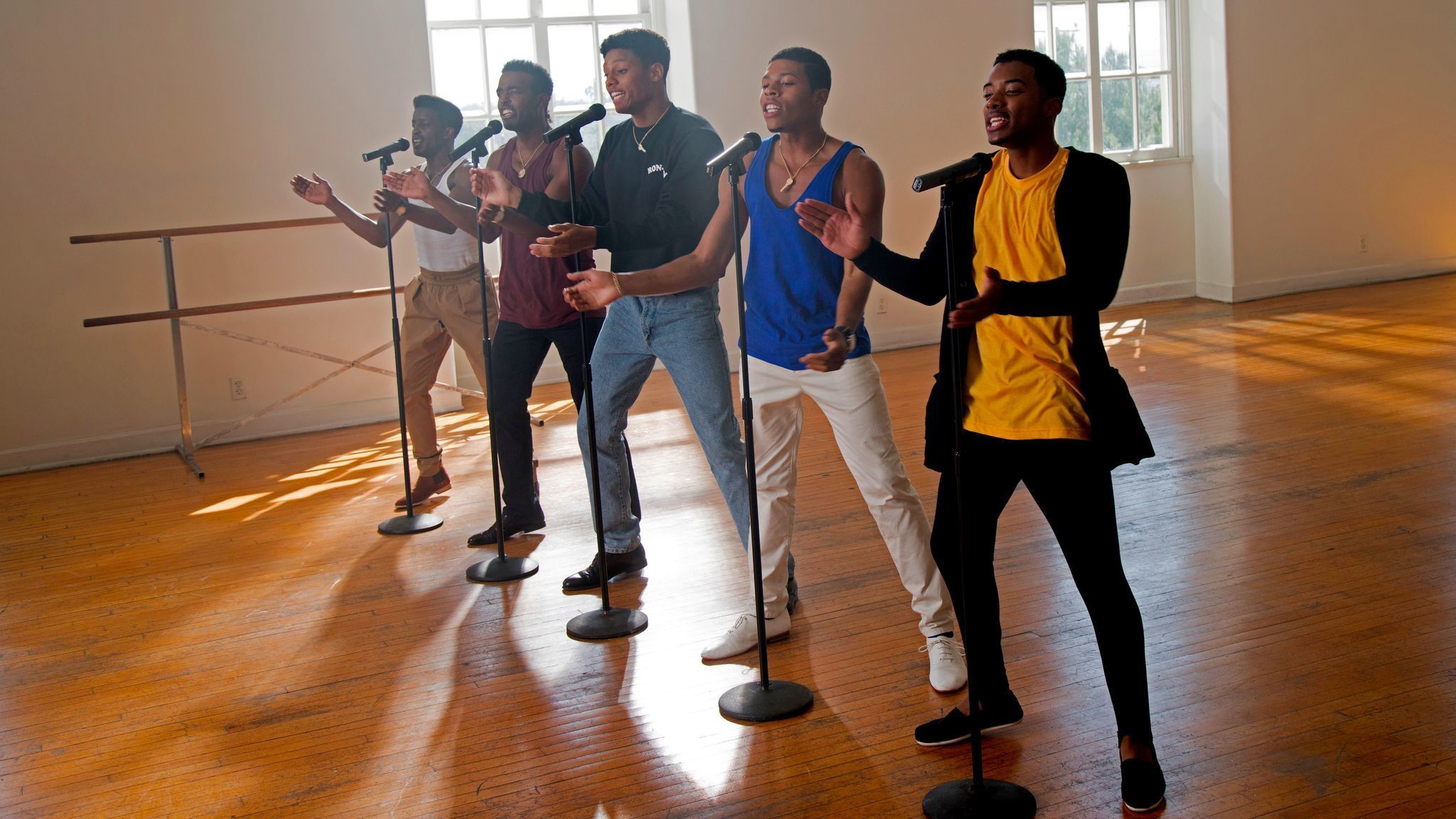 As the lead singer, Ralph is treated like a king, while the others are almost like his background dancers.  As expected, that causes strife within the group. Ralph becomes even more of a diva after Bobby is voted out and things come to a head when Brown gets his solo deal.

Everyone, including Ralph’s girlfriend, is hyping him up to go solo, so he begins working on his own music without telling the group.

Of course that strikes a nerve with the group and leads up to Mike Bivens adding a new edition, Johnny Gill, to sort of replace Ralph. I look at it as a smart way of reminding him that another person was just as talented as him out there and this calmed him down a bit with his ego.

Of course the industry is still shady for them!

Mike Bivens learns it first hand, which is why he’s become the brains behind the business of NE.  Bivens visits’ MCA to inquire about a production company that he’d never heard of that was listed on their album and finds out that their ‘manager’ is actually pocketing money from signing them.

Now we know why the group was still living in the projects… everyone was getting paid but them!

The final 2 hours of ‘The New Edition Story’ takes us through the groups demise and it’s subsequent rebuilding. After a chart topping album with NE Heartbreak, everyone is on cloud 9… including Bobby Brown who has a successful solo album. Fame takes hold and the group slowly disintegrates as lead singer Ralph Tresvant has been itching to release a solo project as well.

Meanwhile, label execs are in Johnny Gills ear promising that his vocal ability on a solo project is a no brainer and Ricky Bell, Mike Bivens and Ron Devoe are talked into creating a hip-hop trio by Jimmy Jam and Terry Lewis. In the movie, this all transpires during a celebration for the success of the album and a drunken Bobby Brown takes it all in as he watches each conversation unfold from his seat.

He clearly realizes that the brotherhood of “New Edition” may be irretrievably broken as De La Soul’s classic ‘Me, Myself & I’ closes out the segment. The tour ends before anyone gets paid and all are left deep in debt after extravagant spending and travel costs. Brooke Payne can see that it’s not going to end well, as he watches it all unfold and states that they were more professional back when they were a boy band.

A topic that’s never really been revealed is that Ricky Bell was addicted to cocaine and alcohol.

Rick seemed to be the one who suffered the most after the group’s breakup and the cancellation of BBD’s tour. With no backup plan and a costly drug habit, he soon falls deeper in debt and even loses his home. He turns it all around by heading to rehab and admitting he has a problem with not only cocaine, but with ‘the feeling’ associated with fame, something he knows he may never have again. Despite the rough journey, The movie wraps up as New Edition takes the stage and it’s clear that the brotherhood of NE is 4Life!