Nothing feels better than finding yourself wrapped up in the right amount of love!

“This is an infectious anthem composed to celebrate not only women of black and brown color but all women globally,” mentions Raheem. “Hands down, I predict it will be one of the urban wedding songs of the decade,” he adds. The single is lifted from Raheem‘s recently released seventh studio album, “The Love Reunion“, available on all streaming and download platforms now via the SRC/DMG label imprint.

“DeVaughn is concurrently developing various film and television projects and helming his LoveLife Foundation, which helps women and men in domestic abuse situations as well as people living with HIV/AIDS. He’s also writing and producing several songs for Bozeman’s own upcoming album from SRG. Her first single is expected in September.“V. Bozeman is a phenomenal talent that the world needs to hear,” says DeVaughn. “It’s an honor to be involved both creatively and musically in her soon-to-be-released project.”

Check out the Video Below!

In the midst of his now decade-long steady climb to international R&B notoriety and prominence, he’s been the singers’ singer, a consummate ladies’ man, the fellas’ fella and the “go-to” modern-day R&B/soul crooner with sensibilities simultaneously grounded in the past and the present. Indeed, RAHEEM DEVAUGHN has been many things to contemporary music culture and his ever-expanding core audience, for which he’s amassed a combination of prestigious award honors/nominations and multiple chart-topping releases. 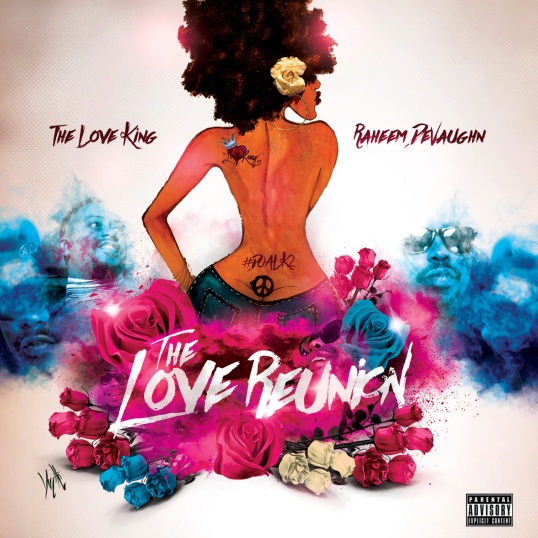 In the meantime, look for RAHEEM DEVAUGHN to continue to scintillate, titillate and seduce with his most-authentic soul stylings amidst this intoxicating, mood-altering collection of songs he’s poured his heart and soul into. “This album right here is hand-crafted to impregnate the world…bring people together. I’m here to be one of the greatest of my generation. And that’s not based on album sales and hype, or what reality show I’m on. It’s purely based on the music, based on the culture…and based on style and grace. I’m growing up not only musically, but personally. It’s kind of like the story of the phoenix rising…I’m coming out of the fire.”