The recently destructive events that took place in Houston, Texas, as a result of Hurricane Harvey saw several residents of the city lose everything they had.

Seeing that the number of people in need keeps growing by the minute, celebrities have taken the time to donate hundreds of thousands of dollars to help. However, several of them have broadcasted their hefty donations on social media, and one person who isn’t here for that is comedian Mike Epps.

Celebs like Kevin Hart, who started the #HurricaneHarveyChallenge, Drake, Waka Flocka Flame, T.I. and more have taken to social media to share how much they were donating to those affected by the natural disaster.

Epps took to Instagram to explain that being charitable now seems like a competition to see who is the “biggest celebrity.”

We been helpin people for years and it goes unnoticed because I guess because of ourlevel of status but when We get in trouble they put it everywhere! Now everybody body wants to show that they help people because it's a Who is the biggest celebrity smh!!#iwillcontinuetospeakmymind s/o to the people that help people everyday that get no props!!#prayersfortexas #americawaitsfordisastertohelp #feedallyearround #ifeedthewholeblockandclothesthem PRAYERSFORHOUSTON🙏🏾🙏🏾🙏🏾

Do you agree with what he is saying? Should the amounts these celebrities are donating be broadcast-ed or should they just do it and keep it to themselves? Let us know in the comments below.

Tyler Perry is joining in with the donations by so many other major artist and celebrities. In the wake up the Hurricane Harvey devastation, he is donating his own cash to relief efforts and spreading it around to charities that have boots on the ground.

Tyler commended the massive relief efforts in Houston  … committing to a $1 million gift. He went to bat for Pastor Joel Osteen too, who’s taken heat for not immediately opening the doors to evacuees.

Tyler says he knows Joel well and that’s simply not the case … and he’s giving him $250k to show he’s still got his back.

Perry’s also giving $250k to Beyonce‘s pastor’s church, and will decide who to donate the other $500k to soon … but says he’s making sure it gets directly to the people who need it.

We are sure there will be some backlash behind his donation to Joel Osteen with the media heated recently when a video went viral stating that the pastor was refusing to open his church doors to victims of the storm. 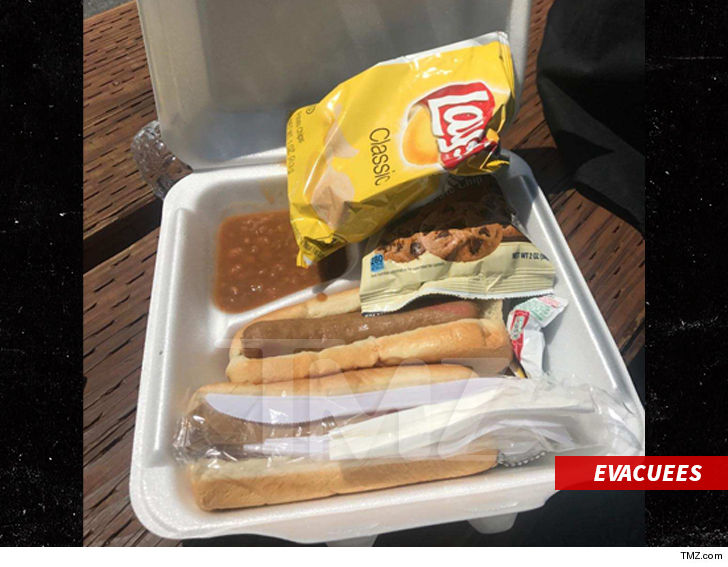 It seems there are bigger fish to fry though because some say that some evacuees at the Convention Center are complaining that they are served hot dogs, beans and chips, while the volunteers are getting pasta, rice, brownies, waffles and various beverages, included malts and shakes. 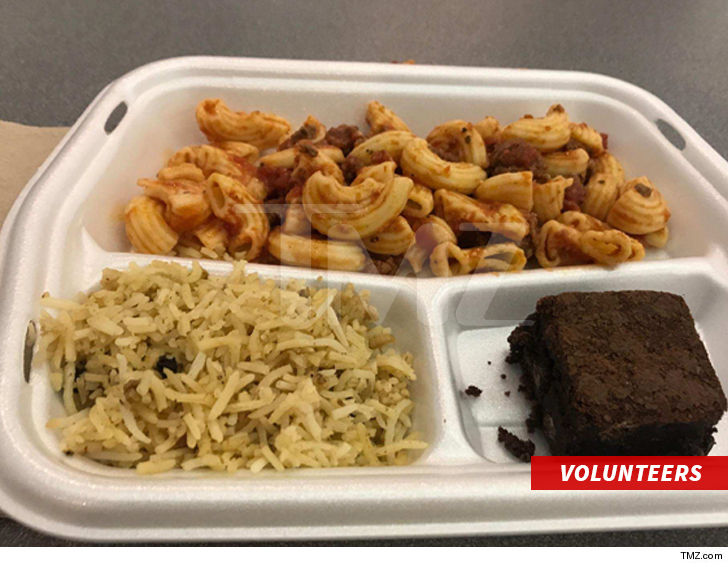 Sources state that there are thousands of evacuees and it’s a lot harder and more expensive to serve them than the volunteers who are there.

Its being said that the reason for the disparity is that people are bringing food in from the outside specifically for the volunteers.

Everyone is appreciative of the efforts people have made to provide food, shelter and comfort to the thousands of people in desperate need.

How do you feel about this topic? Does it matter who is eating better to you? Let me know your thoughts in the comments.