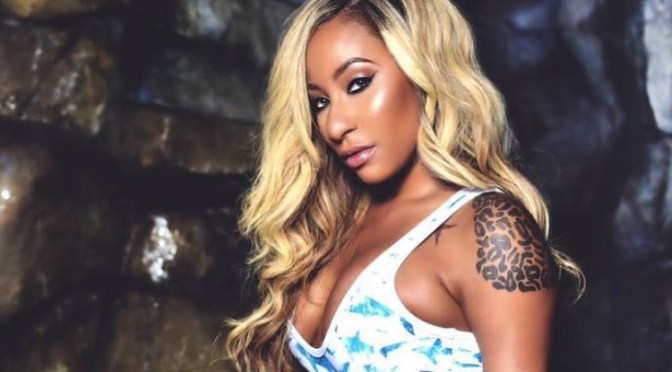 At the moment, Hazel-E is the opposite of #BlackGirlMagic. The Love & Hip Hop: Hollywood cast member and Girl Code author is under fire after taking to Instagram to call out Brooke Valentine, Moniece Slaughter, comedian Jess Hilarious and numerous others for being “jealous” of her lighter complexion — right after saying she hopes “all gays die and burn in hell.”

You have to be mindful of the things you say because now Hazel-E has pretty much ended her career because of what she stated. Let’s be mindful that Mona Scott Young is one of the dark skinned women who pays your bills.  I’m truly in shock that such things would be said about dark skinned women when at the end of the day we are all black no matter the shade and lovely in the sight of God. Secondly God loves all people and no matter what your sin may be, he wants us all to be saved and live a prosperous life. It is not his plan to send us all to hell but to help us to make it in to heaven. The bible says that Jesus did not come to condemn the world so by her claiming that “all gays” should die and burn in hell is taking yourself up in a position above what God says.

After checking out the footage above one could only wonder what was going on when Hazel-E decided to make these statements. Either way it has caused not only backlashes but it has caused major brands that were once united with the Reality Star to cut ties. Earlier this year we filmed at the Shoedazzle location in Los Angeles, California, with Hazel-E and now Shoedazzle has stated that they are cutting off business with her!

#Shoedazzle has cut ties with #HazelE in the wake of her comments towards gay people yesterday. #SWIPE to see the demands that were made in their comment section!

With social media in a rage behind it, Hazel-E is eating her words, and asking her LGBT fans to forgive her for saying gays should burn in hell.

TMZ stated that they spoke to Hazel on Thursday … the day after she went on a homophobic social media rant. Which of course started after someone accused her boyfriend and fellow ‘LHHH’ star Rose Burgandy of being gay, and they both went crazy — invoking the Bible, and wishing a fiery death on all gays.

Hazel admits it wasn’t the brightest thing to do, especially because she relies heavily on the LGBT community’s support. She’s now backing off the death wish, but she’s clinging to the religious part of her rant. Sadly once you say something, it is out there and you can’t take back your words. This is why you must guard your tongue because it can be the difference between you being in the rich house and then cast back down into the poor house. It’s also quite depressing that some black women are still falling under the traits of the Willie Lynch syndrome which consisted of separating yourself based on the level of your “blackness”. You know the light skinned negro was in the house and the dark skinned negro was kept out in the fields. Haven’t we been separated enough as black people and black women? Why can’t we unite? White people did enough separating with us during slavery, and still some do the same today, so why keep this mess up by separating yourselves from yourselves?! 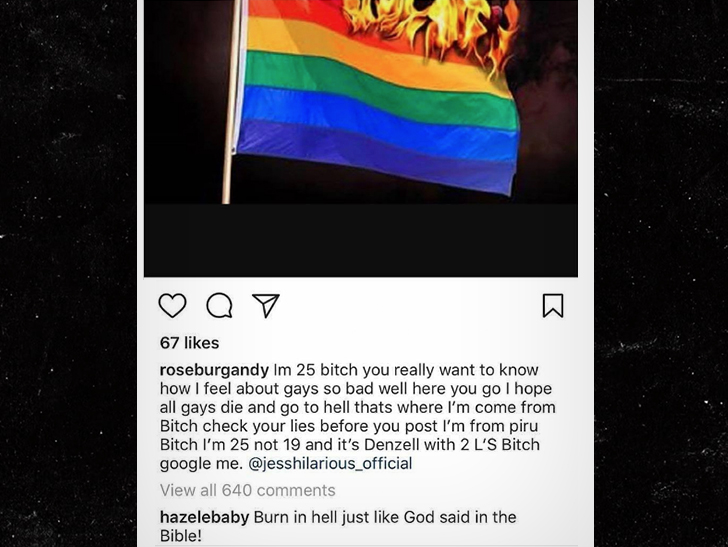 Check out what she shared with TMZ below.

What do you all have to say about Hazel-E’s actions? Share in the comments below.