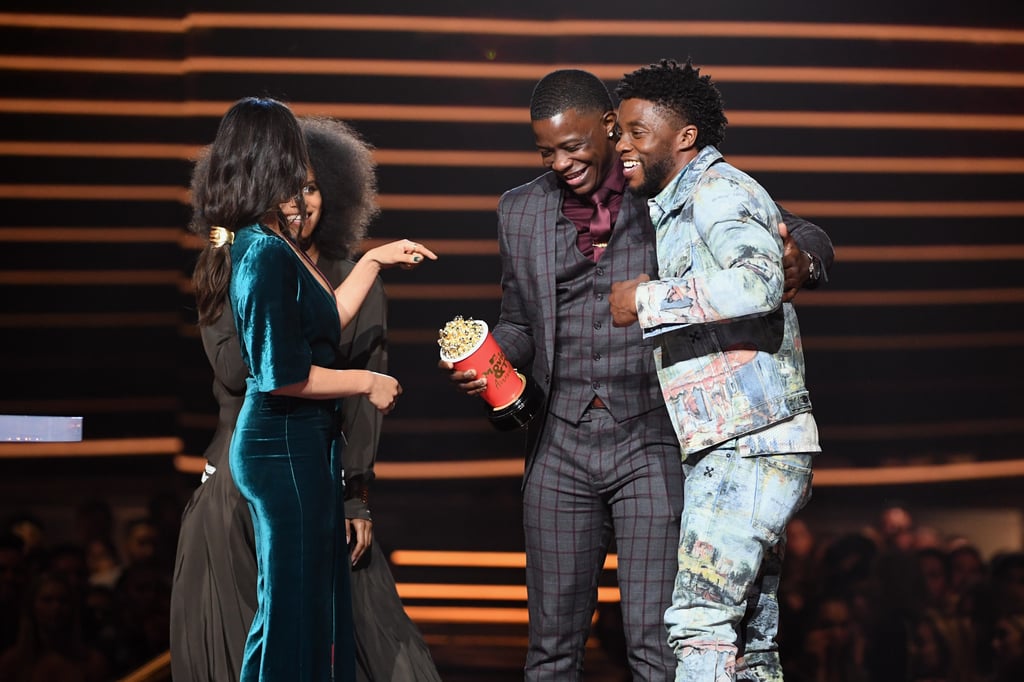 The reality TV star was rumored to be dating Chadwick Boseman and Usher.

Love & Hip Hop: Miami latino star Amara La Negra was recently a guest on The Domenick Nati Show on iHeart Radio on Thursday where she addressed dating rumors. The 27-year-old was rumored to be dating Chadwick Boseman and Usher, according to reports. The reality TV star told Nati she wasn’t dating Black Panther actor Chadwick Boseman but only asked him to be the “main man” in her music video. The rapper told Nati she asked her fans for help in choosing a lead man for her video and Boseman was suggested. La Negra told Nati that Boseman was one of the actors she admired and she reached out to him and “that was all it was.” Now, people are trying to make a big deal out of nothing.

Nati asked, “Would you be interested in dating Chadwick Boseman, if the opportunity came about?”

She replied, “I personally don’t know him like that but if he’s the man you know, that can make me happy or whomever it is I am open to it.”

Check out the interview below!

As the nation teeters on the brink of WWII, a nearly bankrupt NAACP sends Thurgood Marshall (Chadwick Boseman) to conservative Connecticut to defend a black chauffeur against his wealthy socialite employer in a sexual assault and attempted murder trial that quickly became tabloid fodder. In need of a high profile victory but muzzled by a segregationist court, Marshall is partnered with Samuel Friedman (Josh Gad), a young Jewish lawyer who has never tried a case.

Chadwick Boseman is an amazing actor and honestly I love him in this role. But then again I think those who have seen him act, pretty much love him in all of his roles. He really takes on the mindset of the person that he is playing. Now of course I have heard some feedback from some people who were like, Chadwick looks nothing like Thurgood Marshall but guess what…sometimes it’s not about the exact features, it’s about the message getting out there through your screens.

Chadwick has that smooth style that just slides right on in front of the cameras and takes over the role naturally. I can’t wait to grab my bag of popcorn next month and watch him on the screen for this movie. If I had the chance to interview him then that would be awesome because my first question would be to ask him how he manages to nail the mindset of each character that he plays on these films. The guy is amazing and very talented so who cares if he doesn’t look exactly like him, Boseman can play anybody if you ask me.

But no seriously, the man is blessed with a gift to act and it comes naturally. For those looking to build an acting career, it’s so important to learn how to take on the role naturally so that your viewers believe you are who they say you are on that header when people are watching.

Thurgood Marshall (July 2, 1908 – January 24, 1993) was an Associate Justice of the Supreme Court of the United States, serving from October 1967 until October 1991. Marshall was the Court’s 96th justice and its first African-American justice.

Before becoming a judge, Marshall was a lawyer who was best known for his high success rate in arguing before the Supreme Court and for the victory in Brown v. Board of Education, a 1954 decision that ruled that segregated public schools were unconstitutional.

Marshall was a powerful man in the court room. I have confidence that Boseman is going to help bring his story and hard work to life on the screens. The movie is set to release next month on October 13, 2017.

Check out the Trailer for #MarshallMovie below.