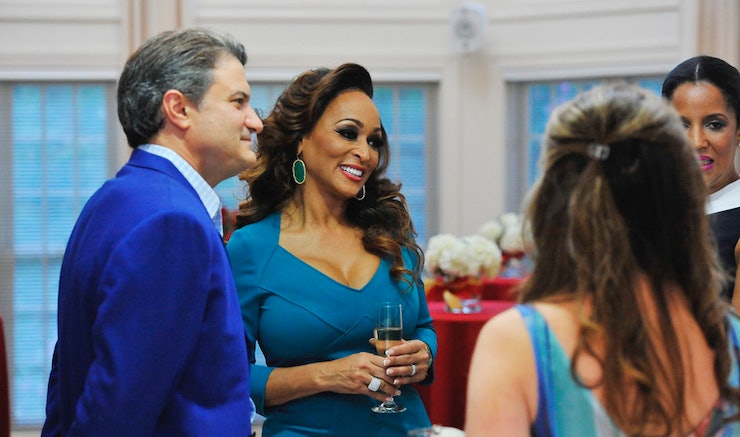 A major plot point of the show, whose finale was last weekend, involved cast members questioning whether the couple’s finances were as gold-plated as they portrayed them. (So wait, some things on reality TV are actually real?) Fueling the on-screen speculation was the Hugers’ sale of their Potomac home in August for $1.685 million, far less than its listing price of $2.5 million and its county-assessment value of $2.37 million.

It seems the suspicious pals were right: Something’s amiss. The government has a $1.468 million lien against Ray Huger, 70, a former IBM executive who founded software and consulting company Paradigm Solutions in 1991, according to an April 26 filing in Fairfax County Circuit Court. Paradigm Solutions, where Huger is the president and chief executive, also has a $3.06 million lien against it, Montgomery County Circuit Court records show.

Meanwhile, the couple have moved into a home in Great Falls, Va., leading some of the Potomac cast to wonder whether the geographic shift disqualifies Karen Huger, 54, from her queen-bee-of-Potomac-ladies status (though several of the others also live outside Potomac, so it seems the Maryland suburb is more a state of mind than a Zip code).

And no matter her locale, money woes certainly wouldn’t count Huger out of a potential third season for the franchise (Bravo hasn’t said whether the Potomac franchise is being re-upped), but if past is precedent, they’d only provide more drama to the show.