Christopher K. Gransberry Jr. (Little Chris) wrote “It Was All A Dream” at the age of fourteen years old, while a High School Freshman – he tells one of his childhood stories about a boy who is lonely and scared of the dark, but overcomes his fears by recalling experiences or lessons his father taught him. This adventurous story is sure to excite and entertain, while teaching children of all ages how life experiences has a way of preparing them for what lies ahead. “It Was All A Dream” emphasizes the importance of family, the power of imagination, and the sheer magnitude of overcoming adversity simply by thinking positive. This inspiring book is a great gift idea for children of all ages. Especially friends and family that may be parents, teachers, or advocates children’s literature! 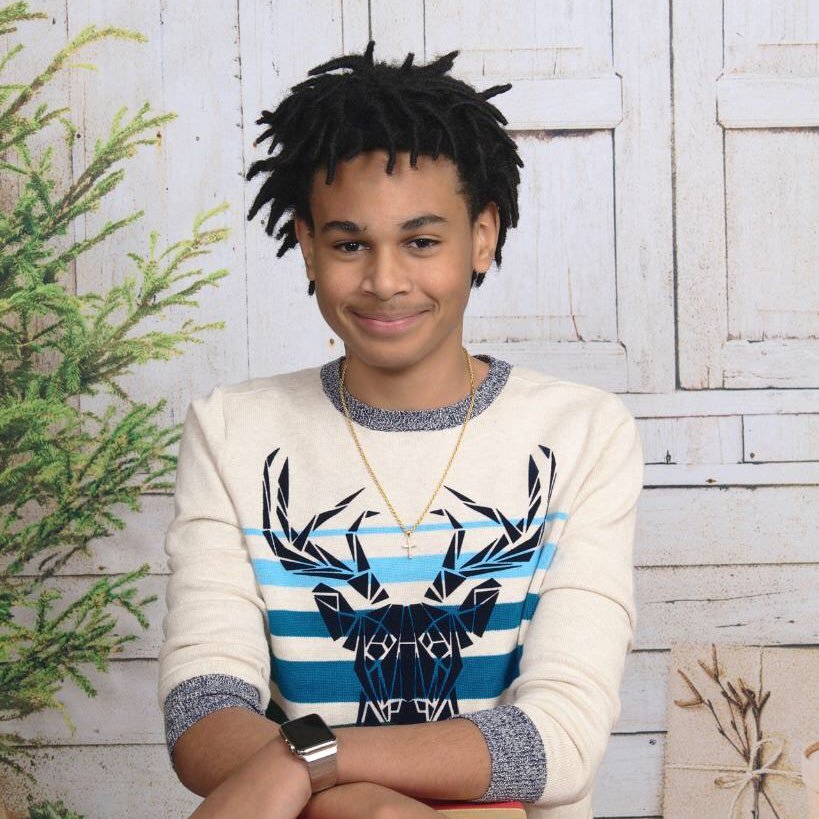 Christopher K. Gransberry Jr. (Little Chris) parents noticed his unique expression of imagination through play and his ability to draw/write creatively at the age of four years old. By fourteen, Little Chris had forged one of his childhood stories into a manuscript, complete with an outline of illustrations and character sketches. Little Chris’ love for telling stories and creating imaginative experiences is deeply rooted in being a “Big Brother” to four younger siblings. This gift is now something he wants to share with children of all ages, and around the world. In his spare time, Little Chris enjoys playing video games, hanging out with friends from school, and vacationing with his dad and brothers. Little Chris currently resides in the Washington D.C. metro area with his dad, Christopher K. Gransberry Sr.; both of who are native New Orleanians – Who Dat!

Be sure to keep up with the young author by visiting his website HERE!

When you think of Art, think of Noelle Goodson.

Noelle Goodson is definitely a name you should get to know!

Born in December of 1984 in Birmingham, Alabama. She moved to Mobile, Al with her family when she was only seven years old. She then went on to study Communication and Advertising Art at Alabama A&M University in Normal, Alabama. After two years at A&M, she entered the Disney College Program and went to work at Walt Disney world for a few years. Her journey did not end there as she later returned to A&M to pursue a degree in Graphic Design. Noelle Goodson first began drawing when she was about five years old after her father was killed. It was at that devastating moment in her life that she allowed Art to become her outlet. From that point on she discovered that she had a natural born talent for Art.

During her primary education years, she taught herself to perfect her gift of drawing.

“I spend most of my time graphic designing and compiling design concepts. I enjoy painting on large scales such as large canvases and murals. Much of my art is Afro Centric and ethnic themed and promotes coexisting and conscience awareness. I am a traditional artist and I am moved by the process, time and ability that it takes to produce a masterpiece. With every pencil mark and each brush stroke I am able to express myself and make a living doing what I love.”

One of Goodson’s most favorited pieces of art happens to be “Girl Before Mirror” by Pablo Picasso.

Girl Before A Mirror, 1932 by Pablo Picasso

One doesn’t have to look far to understand her exquisite taste for Art. Her Art has gained her much recognition from local natives of Mobile, Al. It is that very taste that received her recognition by the Soulful Diva Eryka Badu. Goodson was given the opportunity to come backstage with the artist and showcase a painting she had masterfully created.

Behind every painted blend of colors, Goodson seeks to tell a story to her fans.One of my most faved recent pieces by her happens to be historical.The painting which is featured at Kazoola Lounge located in Mobile, Al is of Cudjoe Kazoola Lewis (c. 1840 – 1935), or Cudjo Lewis. He was the last known survivor of the Atlantic slave trade between Africa and the United States. Together with 115 other captives, he was brought illegally to the United States on board the ship Clotilde in 1860.

ALL THE WAY IN MY ELEMENT! #artlife #mylife #mylove

“A painter is someone who never runs out of color. The colors are her silent notes, and when she pours them on her canvas, she depicts her silence, her thoughts and herself- raw and sour. She is something unique like a hurricane- a colorful one. She can cause devastation by her wild strokes and she is as much capable to create a sanctuary by softer strokes.She can cause rain like tears to fall through the eyes or she can simply cause chaos.

She is limitless, a creation capable of creating. She watches and notices everything. She feels so much at sometimes, she’s on the verge of spilling them. Then she watches over the blank canvas on her easel accompanied by color containers and brushes. Her hands twitch to reach out to them for the sake of art. Then, after all dilemma, She decides to reach out and bleed herself down on that canvas and fill up herself with colors. And when I imagine it, there’s one line which flashes every time on my mind, “A thing of beauty lasts forever.”

From the poem ‘Endemyon’ written by John Keats.

Noelle Goodson is the face behind art, she is one to be remembered and her legacy is to be painted among the hearts of history when we think of color, swirls, and natural creativity upon a blank canvas!

Keep Up with Artist Noelle Goodson on Social Media!