Detroit native B Free and Diggy Simmons, were introduced by Big Sean’s best friend Earlly Mac, and decided to collaborate on a song together. Both artists recorded the single together in Los Angeles, CA. For the video, Diggy flew out to Detroit, where they shot the video, and he helped with the radio promo of the single “All Mine”. The single was produced by PGF and the video was directed by Nick Margetic. According to B Free, “Sometimes collaborations can feel awkward or forced, but with Diggy it was natural from the second I landed.”

B Free’s EP “Lost in Paradise” streams on all platforms April 5th.

This video just gives us great vibes and these combinations of goodness and talent in this video from them is worth indulging and vibing to!

Connect with B Free & Diggy Simmons on Social Media!

Late Monday, the Los Angeles Police Department identified Eric Holder, 29, of Los Angeles, as a suspect in the shooting, which injured two other people. He was last seen in a white 2016 Chevy Cruze.

Nipsey Hussle’s death was felt deeply in Crenshaw, the neighborhood where he grew up and maintained a regular presence after becoming a Grammy-nominated artist. His fans said he offered hope, advocated self-improvement and financially invested in the community, which has long struggled with violent crime. He opened a co-working space dedicated to increasing diversity in science, technology, engineering and mathematics, and planned to meet Monday with police officials to discuss ways to prevent gang violence.

His debut studio album, “Victory Lap,” was nominated for best rap album at the Grammys last year and debuted at No. 4 on the Billboard chart. He had two children, Kross and Emani.

Atlanta rapper 21 Savage has been arrested as of Sunday by immigration officials who say he is illegally present in the United States.

The rapper, whose real name is Shayaa Bin Abraham-Joseph, came to the US in July 2005 aged 12 and failed to leave when his visa expired a year later, officials said.

An Immigration and Customs Enforcement (ICE) spokesman said he is being held for removal proceedings.

A CNN reporter quoted an ICE spokesman as saying: “His whole public persona is false”.

BREAKING- @ICEgov spokesman tells me @21savage was taken into custody by ICE. “His whole public persona is false. He actually came to the U.S. from the U.K. as a teen and overstayed his visa.” MORE COMING

“Mr. Abraham-Joseph is presently in ICE custody in Georgia and has been placed into removal proceedings before the federal immigration courts,” ICE said in a statement. “ICE will now await the outcome of his case before a federal immigration judge to determine future actions.”
An attorney for Abraham-Joseph said his representatives were working to secure his release.
This is a developing story.

During the protest, which was broadcasted live on her Instagram account, she would correspond with the inmates by telling them to bang on their windows as she asked questions. When she asked if they had not received their blankets, the banging was heard loud and clear. When she asked if the heat had not been cut on, they banged, which let us know they were still freezing.

Smith, who was visibly emotional, was outraged at reports from the New York City Mayor’s Office that the inmates were sent blankets and hand-warmers while temperatures were below freezing. The inmates confirmed that they had not received anything. The MDC has been without heat and electricity for about a week, putting inmates are risk for serious health issues. The New York Times noted that inmates with sleep apnea cannot use their sleep machines because there is no electricity, putting them at risk for a stroke. Without electricity, the inmates can’t call their loved ones nor can they request refills for their medication. They also can’t use their toilets and there’s no hot water. Visiting hours have also been canceled. This jail houses over 1,600 men.

This matter hits close to home for Smith, whose husband Mendeecees Harris is currently incarcerated on drug related charges. Smith was also hurt during the protest according to a video that was posted by her close friend.

You see what the guards did to my sister @yandysmith. World we need your help. They trying to kill us out here!! Shut MDC down. None of us are considered human to them!!

This is what happened to my Sis @yandysmith. Officer C. Garcia along with Officer T. Dodson at the Metropolitan Detention Center brutality assualted Yandy Smith and pepper sprayed her for no reason. . . This is the culture of the staff at MDC. Can you imagine what they are doing to the inmates? #enoughisenough #changemustcome #occupymdc #itsgoingdown 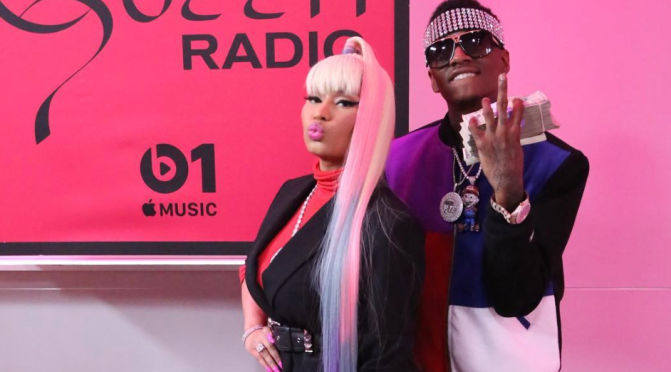 Nicki Minaj returned to Queen Radio on Saturday afternoon and dropped a couple of remixes.

Then, she dropped a fiery remix to Drake and Meek Mill’s “Going Bad,” this time taking some shots.

“When you lose the queen, niggas friendly, dawg. It was just ‘back to back’ like Wembley, dawg,” Nicki raps. The line is obviously a reference to Drake & Meek ending their beef years after Drake’s “Back to Back” diss track.

She took a few more jabs in the song which you can listen to below. 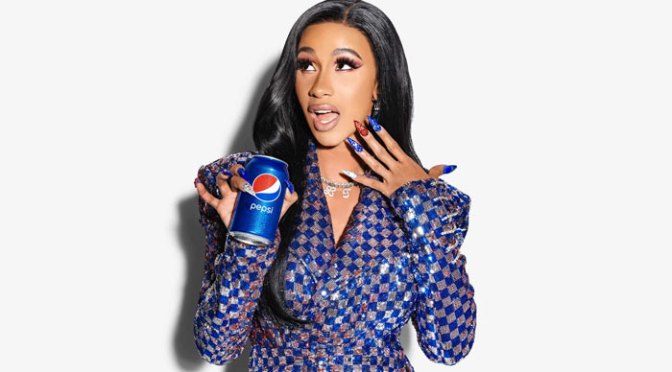 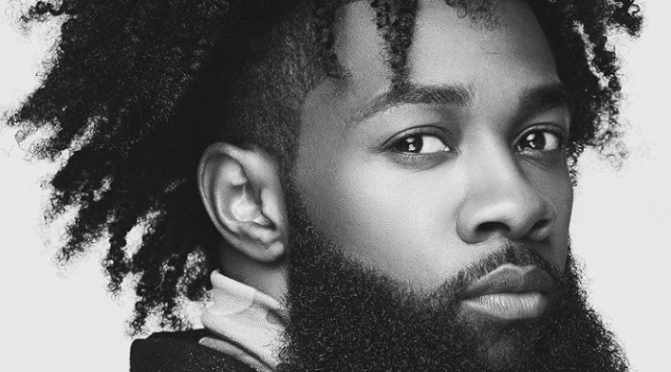 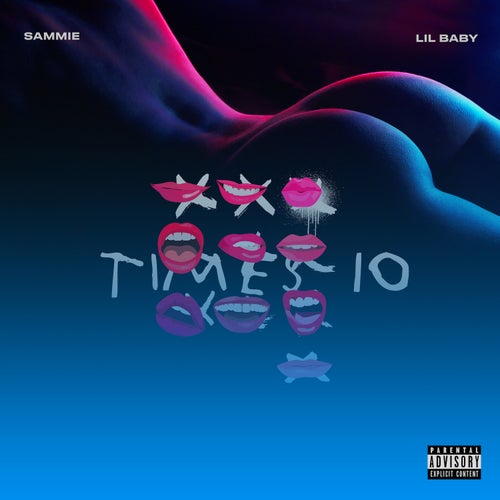 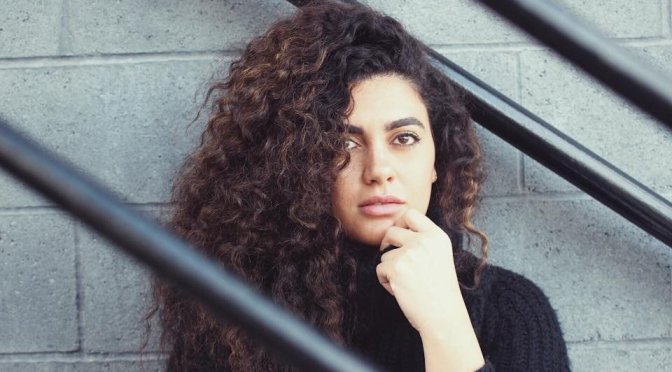 Yasmeen is following up the success of her ballad “Half of Me (Acoustic)” which has spawned over 900K streams on Spotify. Yasmeen has graced Ebro’s Discovered on Apple Music’s Beats1 and media outlets like Earmilk, ThisisRNB, Huffington Post and VIBE have all praised her previous releases. “One More Drink” is an empowering track that tells the all too relatable tale of having one too many drinks and the text messages that follow. The single was written by Yasmeen herself and song partner Rashied Arekat. Production was handled by Moody and Mr. A.

Check Out Yasmeen “One More Drink” now on Spotify! 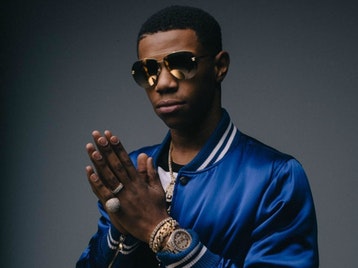 Los Angeles, CA – December 27, 2018 – Multi Platinum Recording artist A-Boogie Wit Da Hoodie teamed up with FootAction and Puma in his hometown of the Bronx, NY to donate $10,000 to The Garden of Dreams foundation. The event took place shortly after the release of his highly anticipated sophomore album “Hoodie SZN.”

Hundreds of fans came out to support the artist as they too were gifted with Peace on Earth Pumas. He took to Instagram yesterday to post a recap video of the event that can be viewed here:

“Giving back to my community and showing the kids that anything is possible is very important to me,” said the 23 year old.

“Hoodie SZN” project which was released through Highbridge The Label in association with Atlantic Records was Executive Produced by Quincy “QP” Acheampong, Sambou “Bubba” Camara  and Artist Julis Pubose. Earlier this month the 23 year old released his first 2 singles “Look Back At It” and “Startender” feat. Offset & Tyga. He took to Instagram to announce the release as he stated that this project would be dedicated to his day one fans. 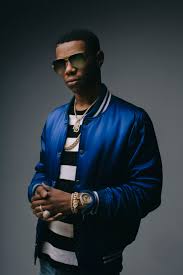 “It took me over a year to complete and I can’t wait for you all to hear it. This is for my Day 1’s. Thank you for riding with me.” 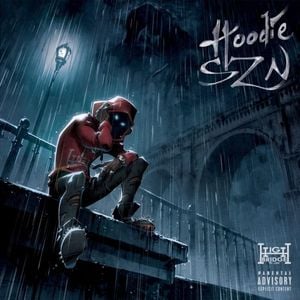 A-Boogie will be headlining the Monster Energy Outbreak Tour alongside Highbridge The Label artists Don Q & Trap Manny. The 27 city tour will kick off in Austin, TX on February 20th.