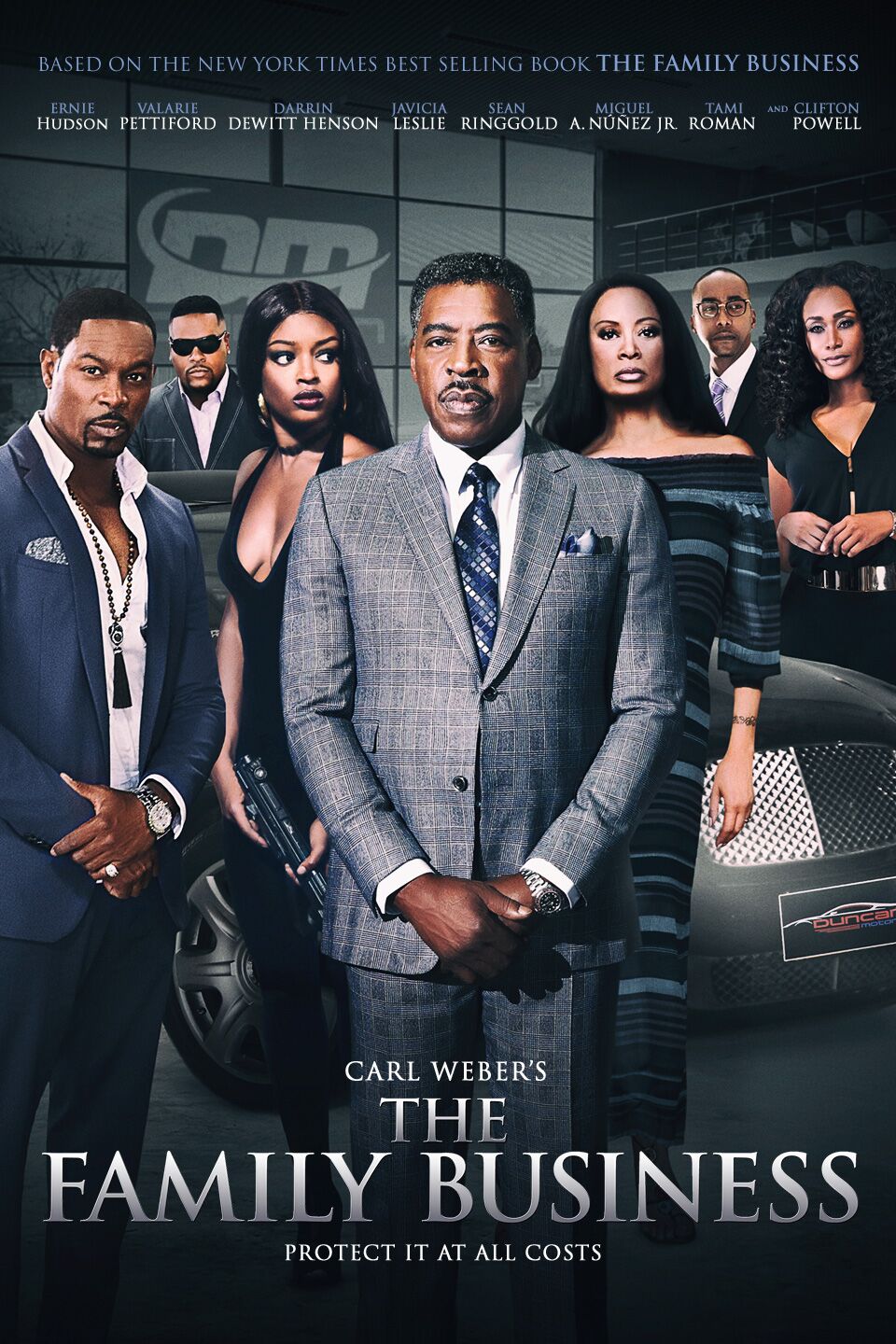 In a recent interview on Starrdom100 Radio, Actor Darrin D. Henson gave some of the inside scoop on BET’s New Hit TV series ‘The Family Business.’

His work on Soul Food earned him subsequent roles in popular urban films Stomp the Yard and Life Support.  He has also had key roles ABC’s television series Lincoln Heights and more recently, the hit dramas, VH1’s  Single Ladies and BET’s Being Mary Jane. Take a look below at what he shared on Starrdom100 Radio!

Tanisha Davis: “So I’m excited about this new TV series, can you tell me a little bit more about it?”

Darrin D. Henson: “Sure, “The Family Business” which airs on BET at 9 pm on Tuesdays is about the Duncan’s family, an exotic car business-owning family, successful black family in NYC who is in the business of cars and other businesses, and as you know in business where there is success there is also jealousy. So there is jealousy within the family, outside of the family, and there is war going on with different cartels you know, but the Duncan family is the new family on the block to watch out for.”

Darrin explained how there are obstacles that come in the world of business and being successful in the family.  So with the Duncan family there is a lot of trouble within the family and outside of the family.

Now let’s get to know the character he plays!

Tanisha: So you play Orlando Duncan, can you tell me a little about your character?

Darrin: “Orlando is next in line to run the family business. The first episode shows that he is going to be the recipient of the business from his father and again it raises eyebrows and makes other family members jealous, you know, LC  Duncan has had a long-standing relationship with the  exotic car business as well as the narcotic business so, its raising jealousy within the family itself.”

Tanisha:  “This sounds kind of like a mafia-style family”

Darrin: “This family is not to be messed with!”

We can tell this new series is going to keep you entertained and questioning what’s going to happen next.

Tanisha: What drew you to this project because I know its based on Carl Weber’s book so what made you want to be apart of it?

Darrin: “Well, I worked with Tri Destined who is the producing company behind the film, many many times, I also worked with Carl Weber many times, so reading the books working with Carl and working with Tri Destined, then reading about this particular show and seeing that its so well developed, and the characters are well developed…who wouldn’t want to play Orlando Duncan?! Its an opportunity to do great work and tell great stories.”

Darrin then explains how the cast is the best part about going into work every day because there is a great group of people to work along side of.

Tanisha: How would you describe the Duncan family?

Darrin: The Duncan’s family is not to be played with,  Sean Ringgold who plays my big bro…plays the enforcer. He is literally ready to smash heads, you can see in the first  episode that’s what we did, we smashed heads.’

Tanisha: Whats the relationship behind scenes with the cast, are you guys having a lot of fun?

Darrin: We are literally like family there’s no question that its a family.

Tanisha: Out of all of the characters that you have played in other movies, what do you like most about this character?

Darrin: Orlando is the real deal, he’s smart, strategic, he loves his family, he’s an entrepreneur and he’s ready for more, he’s a well-developed character with human flaws which is great because we can see how he unfolds hopefully for the next 10 years.

Tanisha: Are there any upcoming projects with you, I know you have a movie for Thanksgiving?

Darrin: Yes, its called Nothing Like Thanksgiving, it’s going to be on the AMC channel.  Im very excited about people seeing it, its about love & life… and once again FAMILY its one to watch on Thanksgiving Day.

Listen to the Full interview now by clicking Here!

Be sure to follow Starrdom100 Radio on iHeart for more exclusives!

One thought on “Starrdom100 Exclusive: Actor Darrin D. Henson of BET’s ‘The Family Business’ Discusses Role On The Show”