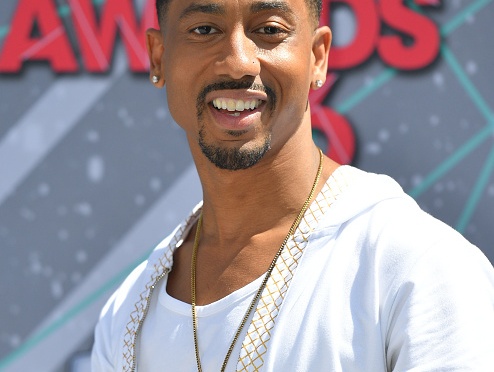 Brandon T. Jackson has been very busy lately and we are so proud of him with all of his latest achievements. The actor recently starred in a very popular love film, “Love By The 10th Date‘ which premiered on Lifetime. The movie was a hit with fans all over! The film had every woman wishing they had the character Dorian (Brandon T. Jackson) as their boyfriend. The film also starred, Meagan Good, Kelly Rowland, Keri Hilson, Christian Keyes, Kellee Stewart and more!

The film tells the story of four friends (Meagan Good, Kelly Rowland, Keri Hilson, Kellee Stewart) trying to balance their dating adventures with their career ambitions at an upscale magazine, teaching themselves and each other how to get the most out of love and life.

If you haven’t seen the film then you should definitely check it out! The film is available On Demand. I believe the film has a character that everyone can relate to in the field of finding love.

Check Out the Clip from the show Below!

The work doesn’t stop there for the loved actor!

Brandon T. Jackson stars in the new scary movie, “Eloise,” alongside Chace Crawford, but you’d be surprised at what happens to his character that defies the stereotype! Eloise tells the story of four friends that break into an abandoned insane asylum in search of a death certificate which will grant one of them a large inheritance. However, finding it soon becomes the least of their worries in a place haunted by dark memories.

Outside of putting in work on the screen, Brandon has been on tour. The #FreshNFunny Tour began last year, and has sold out shows everywhere!

I had the pleasure of catching one of his shows in Atlanta, GA and the entire spot was on the edge of their seats in laughter the entire performance. Jackson has always proven himself to be very down to earth and realistic when it comes to reaching the audience. I believe what we adore the most is his knowledgeable way of relaying information to us while keeping it real about society and life experiences. 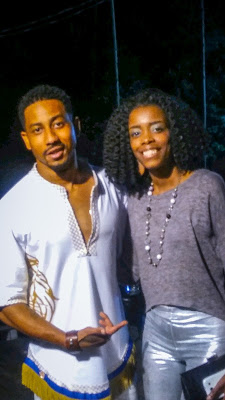 Not only has the 32 year old been busy making us all laugh and entertaining us in the movies, he currently has his own clothing line! Yes Mr. Jackson is a business man with his hands quite busy these days. The clothing line represents his spiritual view on life and is called, Kingdom Clothing. The clothing line has been quite successful!

We are so proud of the Actor and honestly we can’t wait to see him appear in more films this year. He truly deserves is own show!

You can keep up with Actor/Comedian Brandon T. Jackson on all Social Media Sites!

For those of you who may not be familiar with all the many accomplishments of Brandon, you can check out more information on him below.

Brandon Timothy Jackson( March 7, 1984) was born and raised in Detroit, Michigan, he is the son of Beverly Yvonne (Bozeman) and Wayne Timothy Jackson. His parents are both pastors, and his maternal grandfather was a Pentecostal child preacher. He credits his sense of humor to both his father and his life straddling the fence between suburbia and the inner city.

Brandon held the title of “class clown” and grew his passion for comedy and acting by doing talent shows and performing at youth nights at his father’s church. By age 14, Brandon’s career as a stand-up comic evolved from local school shows and community projects, such as the “Motor City Youth Festival”, to an appearance in Marc Cayce‘s film, Nikita Blues (2001).

Brandon took an internship at local Detroit radio station 93.1 FM and soon found himself as a guest host at 105.9 FM. Brandon’s drive took him to Hollywood where, in 2001, he was cast as an extra in major movies such as Ali (2001), Bowling for Columbine (2002) and 8 Mile (2002). He began to get calls to open up and work with comedians, such as Chris Tucker and Wayne Brady.

After Brandon’s performances at New York City’s “Showtime at the Apollo” and BET’s Comicview (1992), the 19-year-old actor/comedian was cast in his first major movie role as Shad Moss‘s (X) best friend, “Junior”, in Roll Bounce (2005). He won Black Reel’s 2006 Best Breakthrough Performance award for his performance.

Jackson starred opposite NBA basketball superstar Kevin Durant in Thunderstruck (2012) and’Martin Lawrence (I)’ in the third incarnation of the highly profitable Big Mommas: Like Father, Like Son (2011) franchise released by Fox in 2011. He played Lawrence’s son and the two went undercover to solve a murder. Jackson is perhaps best known as Alpha Chino from the high- concept runaway hit Tropic Thunder (2008).

Jackson received rave reviews for his role as the satyr Grover Underwood, the best friend and protector of Percy Jackson & the Olympians: The Lightning Thief (2010), opposite Logan Lerman and Alexandra Daddario. Brandon co-starred in both Hulu’s original series Deadbeat(2014) and Showtimes’s _Californication (2008) (V)_.